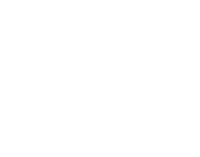 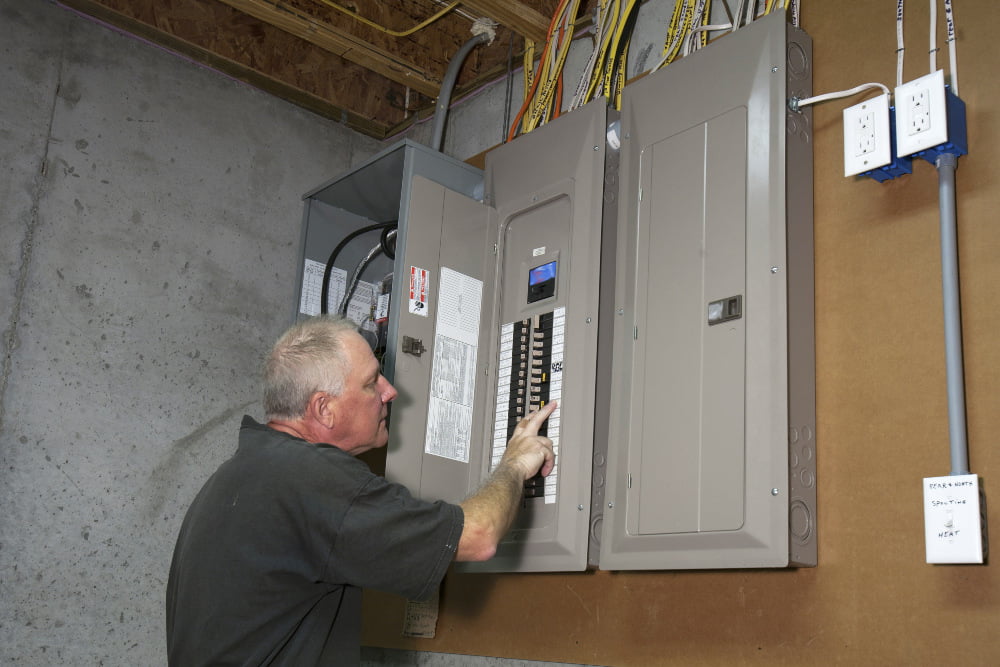 How to tell if a fuse is blown in your home

A lot of older homes here in Springfield have fuse boxes instead of circuit breakers.

If you have heard a “pop” and your power has shut off, it’s likely that you’ve blown a fuse in your home.

We’ll go over how to tell if a fuse is blown in your home, common causes, and when it is in your best interest to call a residential electrician to fix it.

Do I have a fuse box or circuit breaker?

First thing’s first: Do you have a fuse box or is it actually a circuit breaker?

Either through necessity or preventative measures, most people try to upgrade their electrical panel to a circuit breaker.

Yet, people still commonly refer to a tripped circuit breaker as a “blown fuse.”

So, locate your electrical panel. It could be in your garage or basement if you have either of those.

Then, open up the door and take a look at what you’re working with.

A fuse will have what looks like an encased wire that will melt if overheated by too much electricity flowing through it.

A destroyed fuse, after whatever caused the surge is fixed, is simply replaced with a new one.

If you actually have a circuit breaker, they have switches that are “tripped” in case of an electrical surge.

Breakers only have to be turned back on (again, ONLY AFTER you have determined and have made necessary repairs).

What causes a blown fuse?

These are some common reasons for blown fuses or tripped circuit breakers:

Do you have a lot of appliances plugged into a single outlet?

One common cause for an overloaded circuit is if you have a power strip that allows for multiple items to be plugged into it and they’re all running or have multiple items that require lots of power to operate.

If there’s no evident damage or burning smells, you can try turning off or moving some of the electrical appliances drawing power from the circuit in question.

A shorted circuit happens when electricity has escaped its intended path and has grounded itself outside the circuit.

Usually this happens when insulation surrounding the circuit has failed or your electrical panel is faulty.

In this case, you could find burn marks near outlets, smell burning, or find other evidence of damage.

Do not attempt to turn the circuit back on or replace the blown fuse. Switch off your power and call an electrician to be safe.

The wrong fuse was installed

If you tried to replace a fuse on your own, or had an inexperienced or non-licensed electrician do it, and you immediately lost all power and the new fuse blew you could have installed an incorrect type of fuse.

First, if this is what happened there has likely been extreme damage done to appliances, wiring, and anything plugged into the circuit.

Do not go near the panel and call a licensed electrician immediately.

Does one outlet seem to keep causing fuses to blow or your circuit breaker to trip?

One solution is to simply replace the outlet but it’s recommended that you have your home inspected to make sure that truly was the only issue. If you have old, outdated outlets you likely have other electrical issues waiting to rear their ugly heads.

If you have experienced a blown fuse or tripped circuit breaker, there are many, many potential causes.

Old wiring, outdated electrical panels, and other electrical issues are not something you want to put a proverbial band-aid on. These issues will return and can cause extensive damage or start fires.

It’s best to trust a licensed electrician to inspect your home and make the necessary repairs to keep you and your family safe.

Levi Bonnivier of Bonnivier Electric is a licensed Master Electrician in Springfield with over 15 years of experience and is the electrician business owners trust.

have questions or want to hire a master? 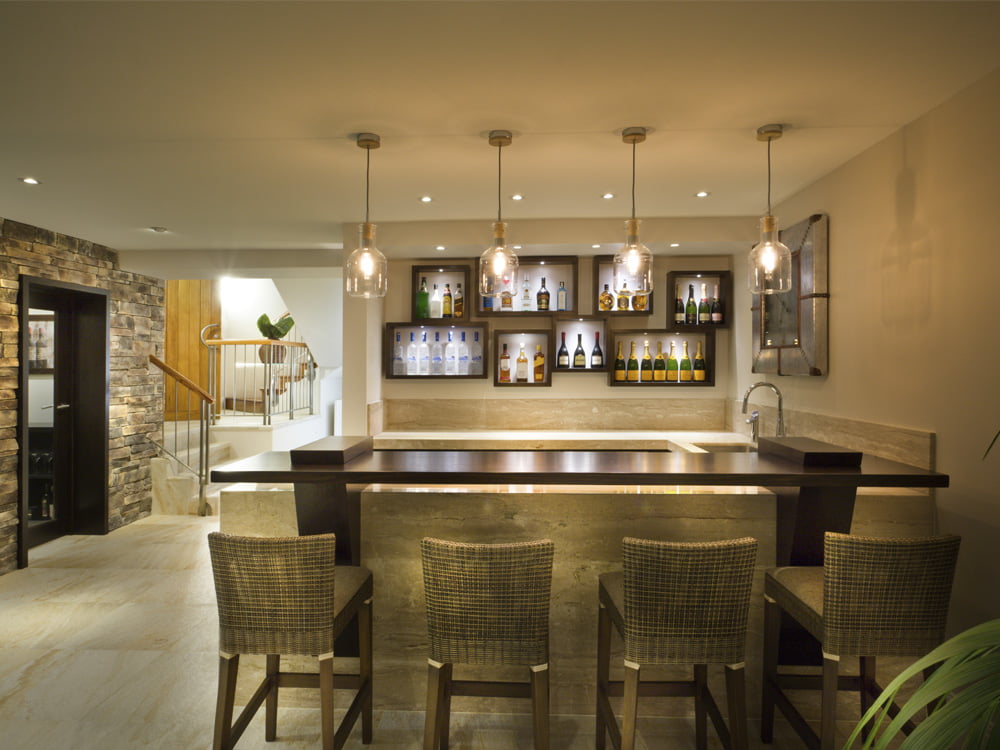 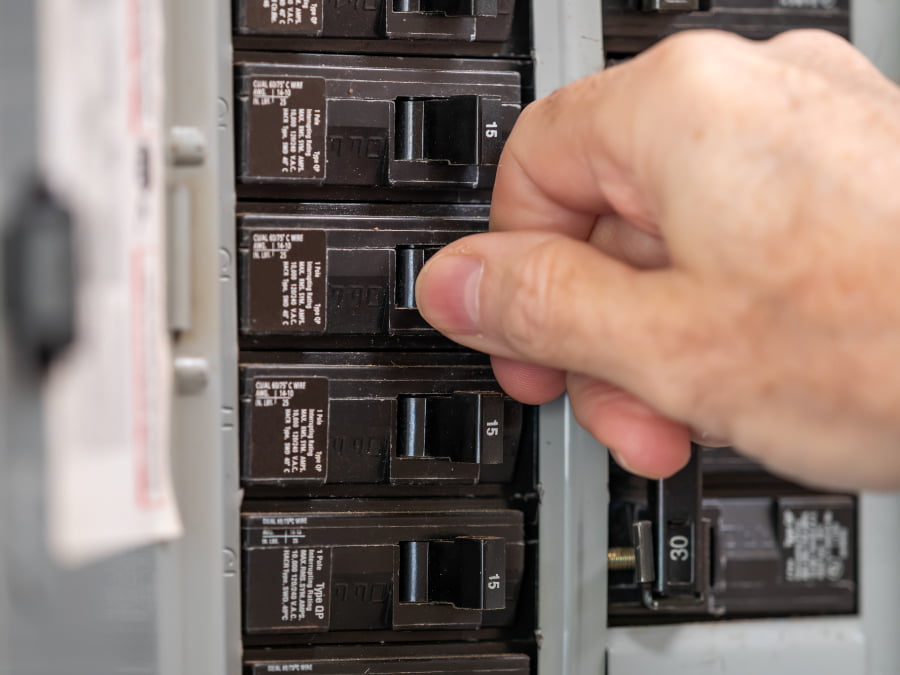 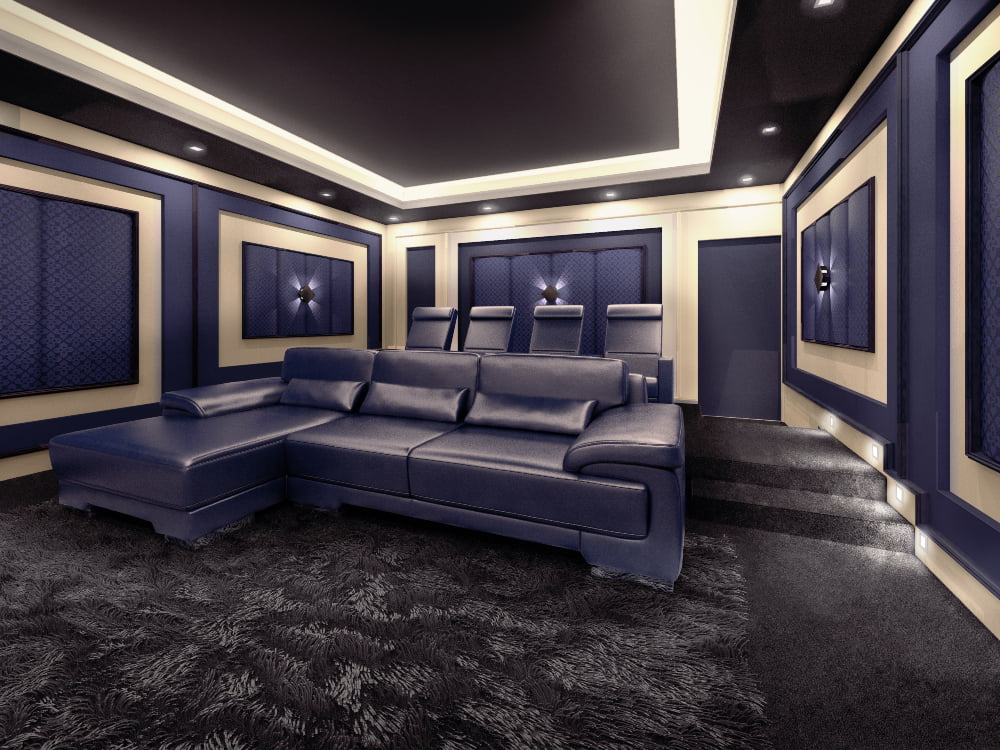 You might not think of your home theater’s lighting as one of the most important decisions when it comes to configuring your own little cinema, …

Select which form you want to use below

REQUEST FREE ESTIMATE OVER THE PHONE ←

Use the form below to send us your info, and we’ll call and give you a free over-the-phone estimate. This option is quick, simple, easy and will give you a ballpark price for what it will take to have a master electrician come out and get the job done right.

Use this form if you would like to skip right to an in-person consultation. Levi will come to your location and assess the requirements of your job and provide a full quote for the job you need done at a flat rate of $150, which we put toward the cost of the job if you choose to work with us.